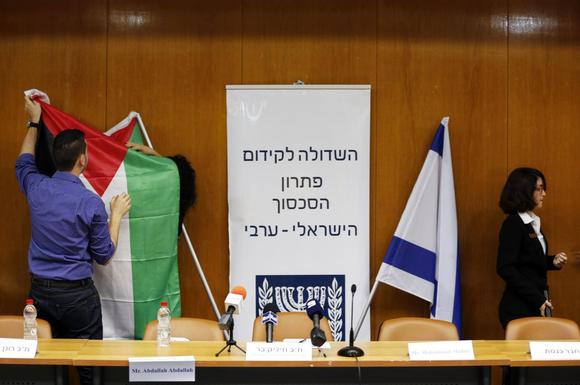 Even as Palestinians and Israelis strive for an elusive peace deal to end their generations-old conflict, the two sides are preparing for failure.

While contours of an accord have been debated for years, the consequence of collapse could take many forms.

U.S. Secretary of State John Kerry has cautioned that a breakdown in the talks he has tirelessly promoted for the past six months might lead to a third Palestinian uprising.

For more on this story, visit: As talks struggle, Israel and Palestinians assess price of failure | Reuters.