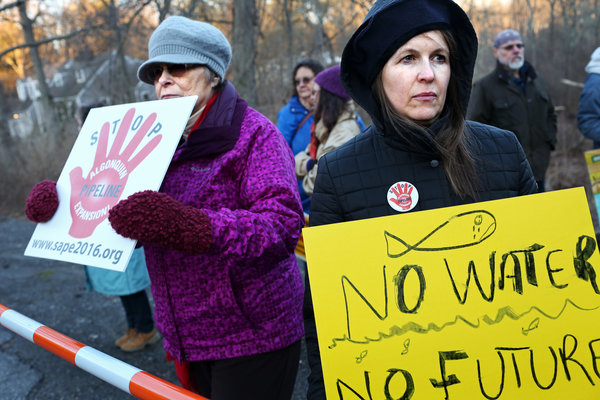 Elected officials and environmental activists have criticized the expansion of a natural gas pipeline across Indian Point property.

In recent months, Senators Chuck Schumer and Kirsten E. Gillibrand, both New York Democrats, as well as other federal, state and local officials, have demanded an independent safety evaluation of the risks posed by the pipeline expansion at Indian Point. The project’s approval by the Federal Energy Regulatory Commission was based in part on an analysis conducted by Entergy Corporation, which owns the power plant, and the Nuclear Regulatory Commission, which determined that the plant could continue to operate safely in the event of a rupture or could be temporarily shut down.

On Monday, the state plans to notify the Federal Energy Regulatory Commission that it will take a hard look at the project in light of a series of problems at the nuclear plant since last May. In addition, the state will ask federal regulators to suspend their approval of the project — effectively halting construction — until the study is completed.