Home > Africa > Violence and Nonviolence Intensify in Ambazonia | FOR

Violence and Nonviolence Intensify in Ambazonia | FOR 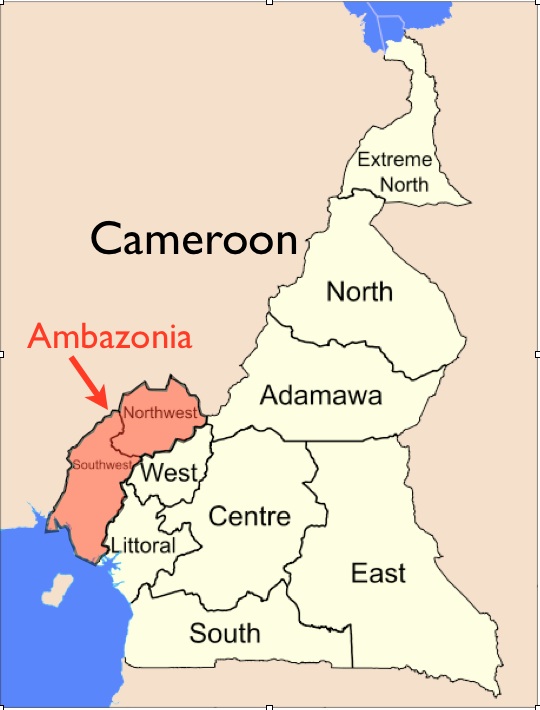 The Central African country of Cameroon—whose tourist slogan for years was “all of Africa in one country”—presents itself as a unifier of diverse environments, languages, and culture in this nation located in the middle of the continent. The last weeks in Cameroon, however, suggest the worst of conflict, corruption, and colonialism, primarily relating to the country’s intensifying repression against the English-speaking minority in the region of Ambazonia, little-known even to Africanists and anti-colonial academics from the Global North. Despite the efforts of Ambazonian scholars based in the U.S., and a trickle of not-always-helpful information from Amnesty International and the BBC, the escalation of military violence over the past few months, and especially a new “scorched earth” burning of entire villages since last May and several massacres in the first half of July, have gone largely unnoticed even by human rights experts.