Christmas Eve was always special. Despite the difficulties, we tried to enjoy the night of 24 December 2020 at the nativity square. I spoke live with a US audience (some of my remarks are below). To reflect on this Christmas is to expand on my previous reflections on Christmas in these (un?) holy lands: <a href=”http://qumsiyeh.org/christmasunderoccupation/”>http://qumsiyeh.org/christmasunderoccupation/</a> &amp;
<a href=”http://www.middleeasteye.net/opinion/christmas-bethlehem”>http://www.middleeasteye.net/opinion/christmas-bethlehem</a> 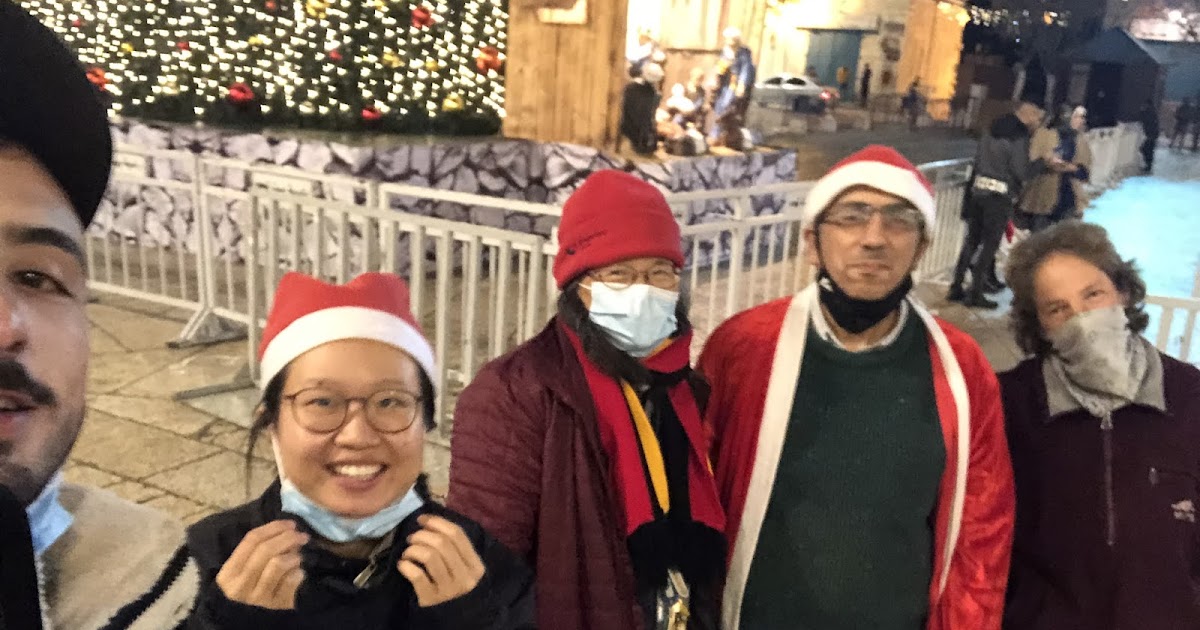 But then we are not just contending with colonial occupation but also a pandemic, see this Poem by Samia Khoury

Easter has gone and now its Christmas time
It’s getting worse and the virus is in its prime
The Christmas tree stands lonely in the square
No choirs or pilgrims, a scene so sad and rare

With the news of the vaccine, hope is rising
Holding onto hope for us is not surprising
Hope has been the secret of our surviving
Despite the occupation ever so brutalizing

As we face this monster of a pandemic altogether
The least we can do is to be kind to each other
May the spirit of Christmas continue to prevail
And may justice, peace and liberation tip the scale </em>

2020 has been an amazing tumultuous year for us in Bethlehem and the rest of Palestine. Palestine is the bottleneck from which people migrated out of Africa to the rest of the world. It is the western part of the Fertile Crescent where humans first domesticated plants and animals. Hence we are in the cradle of civilization. Jericho just 40 miles away from here is the oldest continuously inhabited town on earth. It is the cradle of languages. Our Canaanitic ancestors invented the alphabet that evolved right here in the Eastern Mediterranean Region to become the Arabic alphabet and the Latin alphabet that you use. The first letter is the aleph, alpha and we are told that God is all-encompassing from the first alpha to the last the omega. Our region is also the cradle of religions. Less than half a mile away down the hill is my village of Beit Sahour, where the shepherds heard the angels sing telling them of the birth of Jesus, the prince of peace.

The Palestinian Jesus (yes he was born in a country then called Palestine and has been called Palestine for four millennia) went on to challenge the occupation of his time and the hypocrisy of the local and foreign “leaders”. We thus recognize Him as the first Palestinian martyr. This happened right here. Just five miles away is the church of the Holy Sepulchre and the third holiest site in Islam: the Haram Alsharif with the Al-Aqsa mosque and the Dome of the rock. Palestine has a holy site for Jews, Samaritans, Bahai’s, and others. We love this diversity. Despite attempts to destroy this diversity and erase our history to bolster a racist chauvinistic state, we the native endogenous people of this land Christians and Muslims and others stay united in our resolve to get to justice, freedom and peace. For that we need support from all people of conscience. This is especially crucial now that corrupt leaders make effort to erase us. Education plays a key part. That is why I came back from the US in 2008 and started the Palestine Institute for Biodiversity and Sustainability at Bethlehem University (<a href=”http://palestinenature.org”>http://palestinenature.org</a>). A vast majority of the Palestinian people is young and they are the future and we are grateful to you as donors of UHLF for helping our students.

From this holy place where the prince of peace gave humanity hope, let us remember his message of love and kindness. Let us follow in his footsteps. Despite all the oppression of the Israeli occupation and the pandemic and the economy, this place, Bethlehem as you see gives us the courage to work and hope for a better future. Merry Christmas and a happy new year to all of you. May the coming year 2021 bring us closer to freedom, justice, and peace.

This article first appeared on Mazin’s blog: Popular Resistance: Christmas 2020, and is reprinted here with permission from the author.

Excerpt of speech by John Fussell, vice president of the Tree of Life Educational Fund