On a family visit to southern California – the first since before Covid – we tacked on a five-day trip to Sequoia and Kings Canyon National Parks. It was almost a full day’s drive each way, through Los Angeles, past miles of brown hills and into the Central Valley, one of the most productive agricultural areas in the world, thanks to irrigation, without which it would pretty much be a desert. We drove past millions of almond trees on the way there, and thousands of acres of orange groves on the way back. About 80% of the water use in California is agricultural. 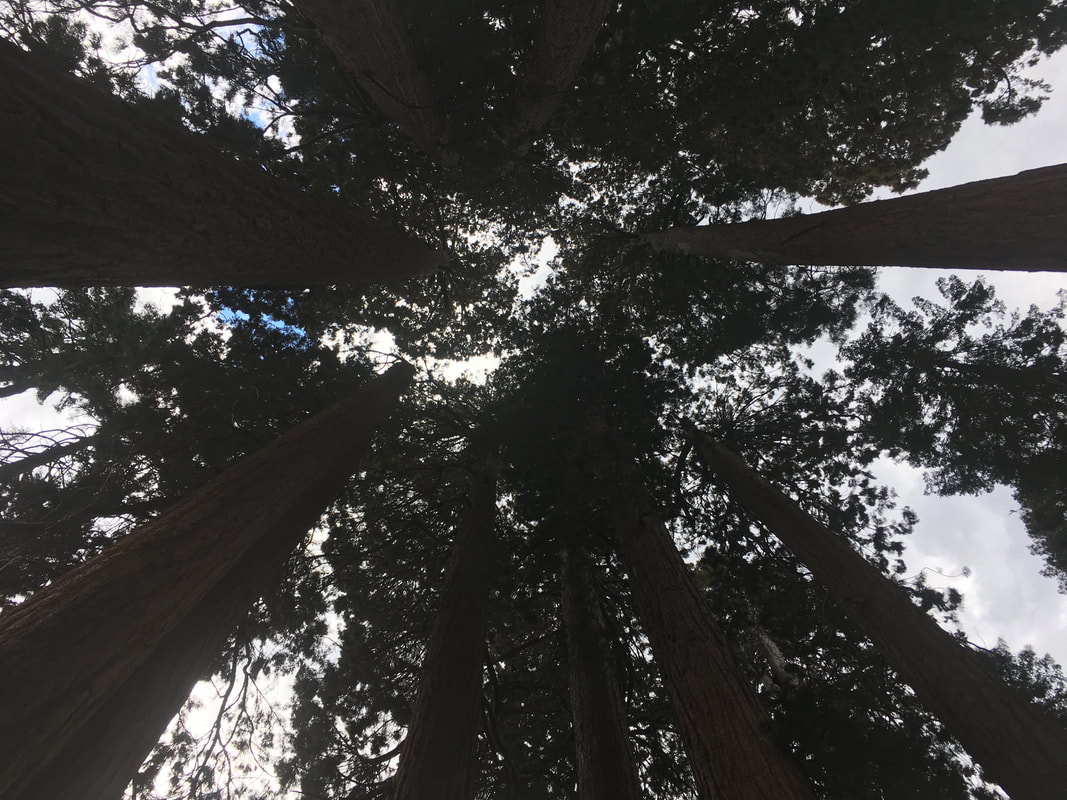 I already knew that almonds are the thirstiest of the tree nuts, which is why I pretty much stopped eating them years ago and switched to peanuts for my morning cereal, in my evening salads and for snacks. No more almond milk either, though all non-dairy milks have their issues. But seeing the trees growing in such a naturally inhospitable climate reinforced my understanding that almonds are unsustainable grown in those conditions.

Same with oranges, which are much harder to give up. Same with all the other fruits grown in the Valley. (Two-thirds of the fruits and nuts consumed in the U.S. are grown in California, mostly in the Central Valley.) On my first shopping trip upon our return, I didn’t buy any of that, trying to hold out until fruits like nectarines, peaches and apples are available locally (we kind of missed the local strawberry season). Not sure how long I can hold out.

On another sustainability front, the reason I wanted to go to the national parks was to see the giant sequoias before they were all gone, thanks to the ravages of climate change. We saw many, many burned trees – not those like in the past had sustained damage from fire but were able to withstand it – but trees that were burned to death due to the hotter wildfires that have been occurring due to the drier, hotter climate. Right after returning home in early June, we heard a story on NPR about whole groves of sequoias that had burned, comprising 10,000 trees, which is 10 percent of the total.

But luckily there were still beautiful groves to visit. Sequoia N.P. was much more crowded than King’s Canyon, which was at higher elevation. My favorite was the John Muir Grove in King’s Canyon, which was normally an easy two-mile hike from a parking lot in a campground, but when we were there the campground was closed, making it a 6-mile roundtrip hike. For that or some other reason, there was only one other person in the grove when we arrived. The trees were huge and beautiful, and they were surrounded by acres of lupine, which unfortunately had yet to bloom.

My very favorite was a circle of trees that looked like they had been planted – and perhaps they had been, millennia before, by the indigenous residents of the area. In any case, sitting inside the circle was exactly what I had come for. I could have stayed there for hours, but instead stayed for a relative few minutes, as we had to get back (or thought we had to get back) to the gift shop before it closed to get a present for our granddaughter. I breathed in and out, and lay back and took a photo of the tops of the trees as they came together above me.

I kind of doubt I will make it back there, as it was the trip of a lifetime, but very glad I made it once.